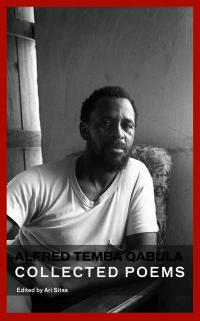 Alfred Temba Qabula was a writer, a worker leader and a proud migrant whose Africa was wrecked by capitalism, colonisation and racial domination. He was one of the 1980s cultural catalysts of the labour movement in South Africa where he performed, wrote and organised. He was born in Mpondoland in 1942, participated in the rebellion, worked on the mines in Carletonville and then in a large rubber and tyre factory in Durban. He joined the Culture and Working Life project in 1985 and worked through it with COSATU’s cultural structures until 1995. He returned to the countryside and passed away in 2002 after a series of strokes.

This volume gathers all the poems that could be attributed to him between 1984 to the end of his life. The publication of this volume of poem is part of South Africa History Online research programme on art under apartheid. This book is part of a series that looks at the contributions of the poets and cultural workers who shaped and mobilised workers in the 1980’s in the struggle for trade union rights and national liberation.