Cape Town. Christmas 1977. I was thirteen years old. That seems like a very long time ago now, in a galaxy far, far away. We were living in a period of Civil War. Rebel armies, gathered in hidden bases were plotting strikes against the evil apartheid empire. Security Police Storm Troopers hunted down rebels and imprisoned or killed them. And the Empire’s sinister agents continued to enforce the banning order that had kept my father imprisoned in our home for five years.

I saw the recently released “Star Wars IV; A New Hope” for the first time that Christmas and the mythical tale of good and evil resonated for me in ways that I’m sure George Lucas could never have imagined. Otherwise it was a quiet Christmas in Cape Town with my mum. On Boxing Day my sister and I... read the entire article

Who Shot My Dad? by Jann Turner 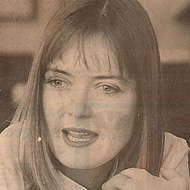 This article appeared in the UK's Independent on Sunday on November 9, 1997 and in the South African Mail & Guardian for the week of August 29 to September 4, 1997

I began searching for my father's killer in 1989. I was living in New York City at the time. I read in the paper that an investigative journalist called Jacques Pauw had blown the lid on a place called Vlakplaas, South Africa's Death Squad HQ. Horror unfolded in the forms of Almond Nofomela and Dirk Coetzee and for the first time I pictured my father's murderer as a person, rather than a state or a system. I called the New York Times and asked them to put me in touch with Jacques Pauw. As it happened Jacques was going to be in town the very next week...read the entire article