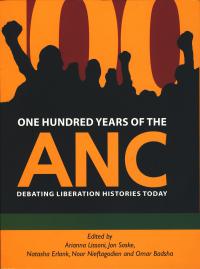 On 8 January 2012, the African National Congress (ANC) of South Africa, the oldest African nationalist organisation on the continent, celebrated its one hundredth anniversary. This historic event has been cause for celebration and has generated significant public debate both within the ANC and South African society at large. This centennial anniversary of the ANC is an opportune moment for critical reflection on the ANC’s historical trajectory on the struggle against colonialism and apartheid. This edited collection brings together new work by a number of South African and international scholars and seeks to open up debate around various aspects of the ANC’s past. Covering a broad chronological and geographical spectrum, using a diverse range of sources and multiple theoretical frameworks, the chapters in this anthology both build upon and extend the historiography of the ANC by offering new perspectives on a variety of themes. These include the relationship between Christianity and African nationalism; political biography; language and the politics of performance; the production of ideas; popular movements; exile politics; and the complex transformation of the ANC from liberation movement to state-governing party. By moving away from utilitarian approaches to the history of the ANC that have dominated contemporary discussions around the centenary, the contributions published in this volume suggest that the relationship between the histories of earlier struggles and the present needs to be rethought in more complex terms. This timely contribution will certainly challenge hegemonic narratives of liberation that have become an established part of the national discourse since 1994.

Arianna Lissoni obtained her BA and PhD in History from the School of Oriental and African Studies in London. She is currently a Postdoctoral Fellow at North-West University, Mafikeng. Jon Soske is Assistant Professor of Modern African History in the Department of History and Classical Studies at McGill University, Quebec. From 2009 to 2011, he was a Postdoctoral Fellow at the Centre for Indian Studies in Africa (CISA) and the Wits Institute for Social and Economic Research (WISER), both based at the University of the Witwatersrand, Johannesburg. His most recent publication is Boundaries of Diaspora: African Nationalism and the Indian Diaspora in 20th Century South Africa. Natasha Erlank trained as an historian at the University of Cape Town. She has a doctorate from Cambridge University. Noor Nieftagodien is the Deputy Chair of the History Workshop and Senior Lecturer in the History Department at the University of the Witwatersrand, Johannesburg. Omar Badsha is a self-taught, award-wining artist and photographer. He is the founder and Director of South African History Online, a website and publishing venture on South African history and culture.