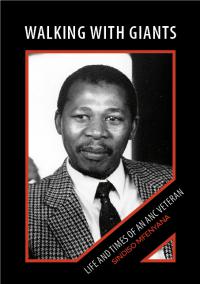 "The autobiography has as its primary focus political history, in particular the history of the ANC in South Africa and in exile. The author recerds in a refreshingly straightforward way how he and his peers experienced life in South Africa in the 1950’s. His politicization in Cradock through such events as the 1952 Defiance Campaign and later at the University of Fort Hare give the background for his recruitment into the ANC underground.

In the Soviet Union he received further education and played a leadership role for decades before returning to South Africa in the early 1990’s. One of the most interesting parts of the manuscript is his dealing with the philosophical conflict between Atheism and Christianity.

A true non-racialist with a broad view of the world, he reflects a generation of South Africans who were educated in the East European socialist countries. He was widely read and knowledgeable about global affairs; he understood the politics of most African countries and hoped to contribute to the building of a new South Africa.”  -Prof. Janet Cherry

“My association with Sindiso predates our arrival in Parliament. Shortly after the New Year’s celebrations in 1962, I was tasked with the responsibility of secretly transporting him and eight other young ANC recruits to Botswana, leading to their eventual enrolment as students at universities in the Soviet Union. They had ostensibly left the country as a table tennis team taking part in a championship in Gaborone.”  - Ahmed Kathrada