When we look back at the past and the struggle leaders that we have lost, our opinions and views of them are directly impacted by the way they were portrayed within the media. Within South Africa, there is a thriving cartoonist community who take it upon themselves to immortalise our struggle leaders after they have past away. Here you will find a small collection of cartoons produced after the passing of Albertina Sisulu, each of them tries to capture the loss, love and respect felt by each South African at the time. Some of the cartoons chose to view Albertina Sisulu mainly as the wife of Walter Sisulu while others remember her for work as a nurse.Still others examine her as the freedom fighter she was. Some, such as Chip Snaddon, chose to use the passing of Albertina Sisulu as a means of commenting on the political climate at the time of her death. As you look through the cartoons featured below, allow them to inform your memory of Albertina Sisulu but do not let them dictate to you who she was. It is essential that we use the media to help us remember but not that we let it remember for us.

PRESENT DAY ANC LEADERSHIP PUTS TERMS AND CONDITION ON THE CONCEPT OF FREEDOM: 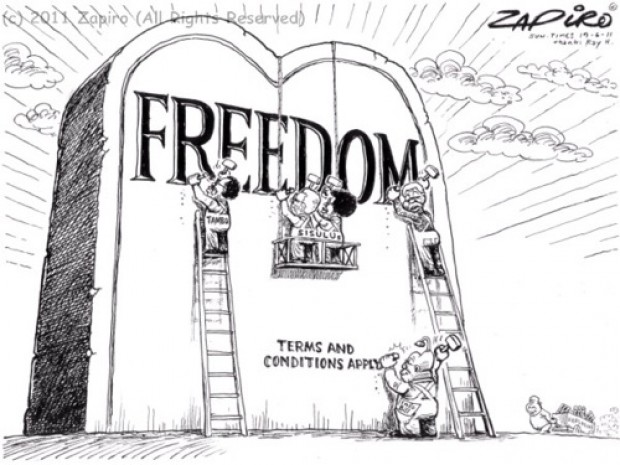 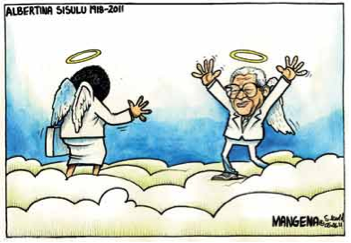 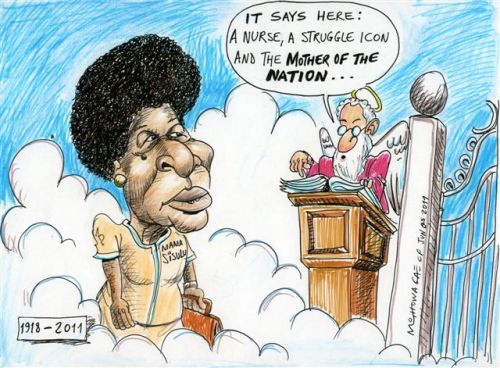 Albertina Sisulu, mother of the struggle and a leading light for decades through the darkest times of apartheid has died. Daniel Mothowagae pays his respects. Image Source 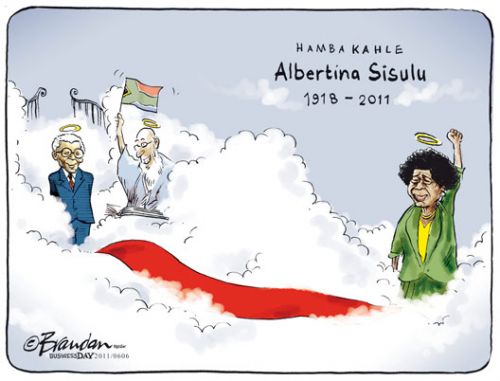 Is laid out for the arrival of Albertina Sisulu at heaven's door; and a warm welcome awaits the humble struggle icon from husband Walter and a smiling St peter. Image Source 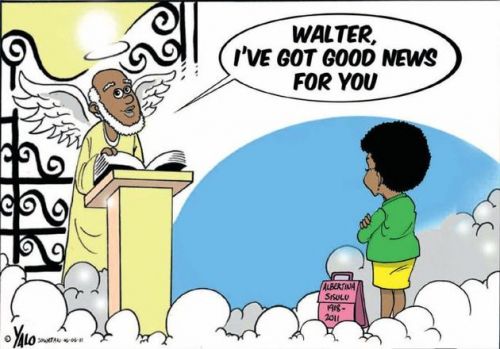 For MaSisulu, says St. Peter in JERM'S refreshingly original tribute to the struggle icon who left us this past week. She passes on the earthly well wishes of Nelson "Tata" Mandela, who's not planning to pass by these gates for some time yet. The caption beneath the cartoon explains: "In 1956, Albertina Sisulu refused to carry her pass and was jailed (by the apartheid police). She was later acquitted, thanks to her lawyer, Nelson Mandela". 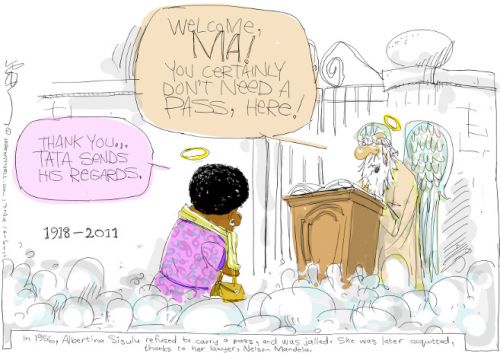 Jerm offers more interesting information about Ma Sisulu in his column next to the cartoon. Image Source

As the Old Guard passes on, it has become more and more clear that the new guard doesn't share the same values. 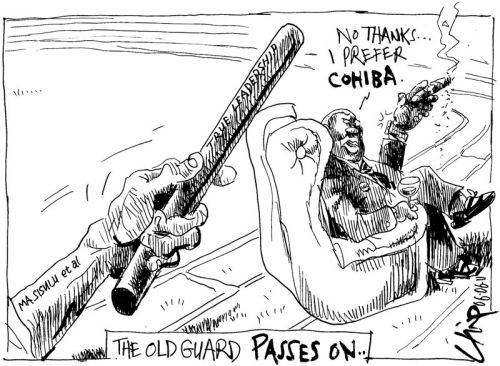 CHIP's cartoon suggests that all that the ANC once stood for has gone up in smoke. Big, fat clouds of Cohiba smoke. Image Source 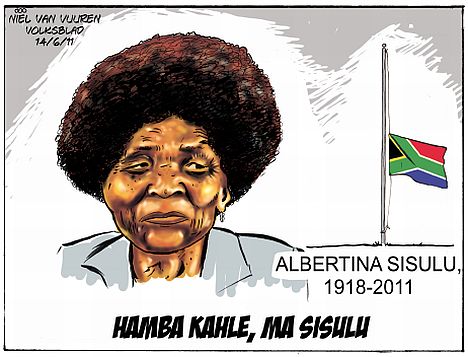 At the passing of another Struggle stalwart. Image Source