The history of the Young Communist League (YCL) dates back to 1921, although the organisation observes 25 May 1922 as the date of its official formation. History reveals that there is evidence of YCL activities in Johannesburg and Cape Town in 1921.

Edward Roux, who was to play a leading role in the affairs of the Communist Party of South Africa (CPSA), for 17 years, noted in his autobiography that he and a number of other young people had formed a Communist youth organisation in Johannesburg in 1921.

According to the YCL, there were two periods in the history of the CPSA where the YCL played a critical role. The first period was immediately after the formation CPSA in 1921 and the second was in the 1940s against the background of the Second World War.

After the Russian Revolution of 1917, Communist parties were formed in most European countries. The Communist International (CI) was established in 1919, to which both, the International Socialist League (ISL) and later the CPSA affiliated. These organisations were considered as constituent elements of the CI and were obliged to accept the 21 basic principles on which the CI was founded. Decisions of the CI were binding on all the constituent parties – something that was to become vital in the affairs of the CPSA after the adoption of the so-called Native Republic resolution, passed by the CI at its sixth congress in 1928.

Most of the YCLs established at this time were modelled on the All-Union Leninist Communist League of Youth, better known as the Komsomol, which catered for the needs of young people between the ages of 14 and 28. This provided the Party with its main source of recruits. In 1922, the YCL played an important role during the great mineworkers’ strike when 25,000 white miners downed tools because the Chamber of Mines proposed to dismiss about 2000 of them. 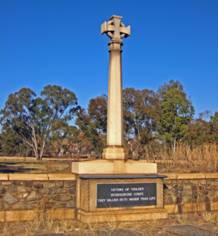 A memorial in Brakpan, Gauteng for those who died on the Brakpan mines.Source: http://www.flickr.com [Accessed: 10 February 2012]

The CPSA and YCL supported the strike since it was directed against the Chamber of Mines and the government, though they did not endorse the slogan “Unite and fight for a white South Africa” which had been advanced by the commandos set up by Afrikaners among the workers. Although African mineworkers were not directly involved in the 1922 strike, there were several clashes between the white and black miners.

According to Roux, it was during this period that the YCL came to life again. The YCL helped to form a Strike Prisoners Committee.

One of the tasks that the YCL members embarked on was a campaign to save men who were sentenced to death from the gallows. Four men had already been executed. Three of these, Samuel Long, Herbert Hull and David Lewis went to their deaths on the scaffold at Pretoria Central Prison singing the ‘Red Flag’ (the official anthem of early socialist and communists in South Africa). 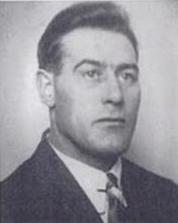 On 19 November 1922, around fifty thousand mourners attended their funeral in Johannesburg. The YCL committee used to meet weekly, but now activity was intensified as government had set up Special Criminal Courts. Roux says, “In addition to holding street corner meetings in Jeppe, Fordsburg and Benoni, we Young Communists started a chalking and sticker campaign. We plastered the town with stickers and pasted them on railway coaches so that their message was carried to the four corners of South Africa. On walls and pavements, we chalked our slogan ‘Release the Strike Prisoners’, and when the words were rubbed out we chalked them again. At the time there were fewer than twenty of us in the YCL but we must have created the impression that a vast underground organisation was at work”.

Initially, the YCL comprised mainly of young white males with a few young women. Soon it became a well-knit and efficient organisation. The YCL affiliated to the Young Communist International (YCI), which at the time had its headquarters in Berlin. Following orders from YCI, the YCL started anti-militarist campaign. Young workers of South Africa were called upon to refuse to join the Defence Force, which had been used to shoot down their brothers and fathers during the 1922 mine workers strike.

Initially, the YCL comprised mainly of young white males with a few young women. Soon it became a well-knit and efficient organisation. The YCL affiliated to the Young Communist International (YCI), which at the time had its headquarters in Berlin. Following orders from YCI, the YCL started anti-militarist campaign. Young workers of South Africa were called upon to refuse to join the Defence Force, which had been used to shoot down their brothers and fathers during the 1922 mine workers strike.

To rally support, leaflets were handed out at school gates and some schools were visited at dead of night and plastered with leaflets and slogans both on the outside walls and inside the classrooms.

In 1923, Roux joined the CPSA and was soon a member of the Executive Committee as a representative of the YCL.

One of the people who helped to promote communism to Africans was Willie Kalk, a young cabinetmaker of German origin, whose father had been a social democrat in Germany. Kalk and Roux impressed upon their fellow YCL members that their main job was to ‘preach’ communism to young Africans and in this way bring those with whom they had no contact and of whom they knew very little, into the organisation.

The YCL Secretary, Sarah Sable, feared and disliked Africans, and Kalk and Roux got no support from her. Solly Sachs YCL member admitted that African youth should be organised, but he maintained they should be accommodated in a separate organisation. At the first Annual Conference of the YCL, held early 1924, a heated debate on the subject saw the “pro-Natives” faction over powered.

However, the “pro-Natives” did not accept that they were defeated as a result they appealed to the executive of the YCI in Berlin. The YCI ruled that the YCL must organise the youth in a single organisation, whereupon the Johannesburg YCL passed a resolution that “the main task of the YCL of South Africa is the organisation of the native youth.” Sarah Sable retired from the YCL activities and Solly Sachs went overseas on a visit to England and the Soviet Union.

The YCL started to make contact with African youth in the spirit of its Conference resolution. By the time the mother body, held its third Congress in December 1924, the YCL had recruited two Africans, Stanley Silwana and Thomas Mbeki who were present at the CPSA meetings. The proceedings of the Conference demonstrated clearly that the activities of the YCL had made an impact on the CPSA. The main resolution passed by the Conference was not to apply to the Labour Party for affiliation as it had done regularly in the past with a view to securing a united front of the working class. The Conference declared that such a united front could not be built from the top, but must come from mass action by workers of all races at rank- and file- level.

The racial balance in the Party changed radically. By mid 1928, the membership of the Party had risen to 1700 of which 1600 were black. A great deal of this advance can be attributed to the work of the YCL.

Already in 1924, the Party had stated; “The growing numbers, activity and enthusiasm of the Young Communist League branches in South Africa is perhaps the most encouraging feature. Branches are being established in various centres in the Transvaal, Cape Colony and Natal, and it has long passed the stage of a mere debating society”.

Two members of the YCL had been elected the Executive of the CPSA at the third Congress in 1924. At the time of the election, a senior member of the CPSA, Solomon Buirski commented at the time; “Many a time I have asked myself the question, where are those that are going to replace us when time leaves us behind the general advance of history. Where are those youngsters whom I have seen in more than one country, who should combine the vigour of pasting leaflets, or slugging scabs, and occasionally overturning a tramcar during a strike, with the courage of facing an audience and the ability of figuring in lecture room? I have seen them now.”

The major attention of the YCL was directed towards the improvement of the conditions of young workers. In 1925 the YCL approached the South African Association of Employees Organisation (SAAEO), later renamed the Congress of Trade Unions (CTU), with the suggestion that an aggregate meeting of apprentices in the Witswatersrand area should be held to discuss the Apprentices Act, youth unemployment, trade unionism among young workers and other questions of youth labour. The SAAEO replied that individual unions would be asked for their opinions on the question, but no further action was taken.

In July 1926, the YCL approached the CTU stating that, although the suggestion for an aggregate meeting had been favourably received, nothing concrete had been done. ES Sachs, as secretary of the YCL signed the letter sent to the National Council of the CTU. In August 1926, Roux, as acting secretary of the YCL, wrote to the Secretary of the CTU tanking the CTU or agreeing to receive a delegation from the YCL at its meeting and giving the names of the delegates, which included Roux himself, ES Sachs and W Chalmers.

The YCL retained its close contact with the young working class and proved a fertile recruiting ground for the CPSA itself. Subsequently, the YCL leaders became more involved in the affairs of the mother body and the YCL fell into the background. Thomas Mbeki became the Transvaal Secretary of the Industrial and Commercial Workers Union (ICU), while Stanley Silwana went to Cape Town and became a clerk at the head office of the ICU. The vigorous work of the Communists greatly extended the influence of the ICU, but eventually provoked the opposition of ICU leader Clements Kadalie, influenced by his liberal friends, leading ultimately to the expulsion of the Communists from the ICU and the beginning of the decline of that organisation.

The revival of the YCL 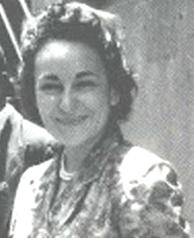 In 1941, a group of students in Johannesburg approached the CPSA, requesting to join the Party. The CPSA advised them to form the YCL instead. Subsequently, in 1942 the YCL was launched. Young people were recruited to distribute leaflets. One of those who had joined the YCL was Norman Levy who was only 14 years old when he entered politics. Philip “Ginger” Leiberman, also a teen (16 years old), recruited Levy. Meetings had to be organised and propaganda work carried on. Among those who attended those meetings were Ruth First, Philip “Ginger” Leiberman, Joe Slovo, Ahmed Mohamed “Kathy” Kathrada, Lionel Forman, Paul Joseph and others. YCL members, among them Levy, sold the organisation’s newspaper, Youth for a New South Africa.

According to the YCL site, the date of the launch is unknown. However, a copy of a letter from Ruth First, as Secretary, addressed to “Dear Friend” (in other words sent to a wider circle than YCL or Party members) stated; “To celebrate the first anniversary of the Young Communist League, we are presenting a Mass Youth Rally at the Ghandi Hall on Saturday 18th, 1943”.

In 1956, First, her husband, attorney Joe Slovo, who would become the Secretary of the SACP, and much of the Congress Alliance leadership was arrested and charged with high treason. First died in Maputo, Mozambique in 1982, following an explosion of a parcel bomb allegedly sent to her by the South African Security Police.

The re-launch of the YCL

The YCL was banned, together with the SACP, in 1950 under the Suppression of Communism Act. When the SACP was reconstituted underground, the YCL was not reconstituted.

In 1960, the African National Congress (ANC), the CPSA, Pan Africanist Congress (PAC) and other liberation movements were banned under the Unlawful Organisations Act.