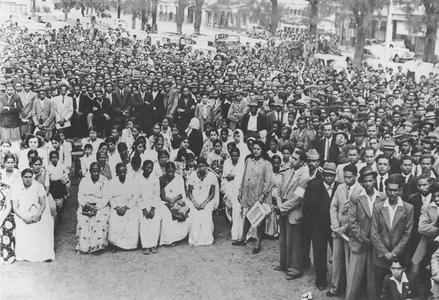 Indian Passive Resistance. A mass meeting in Johannesburg. Passive Resistance 1946 was the forerunner to the Defiance of Unjust Laws Campaign, organised jointly by the South African Indian Congress and African National Congress; it placed the issue of racism on the sanctions against South Africa. Women were greatly involved in the Campaign.