He was married to Mirriam Chaka and together they had four children namely, Tshepo Chaka, Lekhowa David Chaka, Maniki Chaka and Meiti Chaka. The family lived in Sharpeville.

He enjoyed riding his bicycle every day to work. Chaka worked as a block-man at one of the local butcher shops. 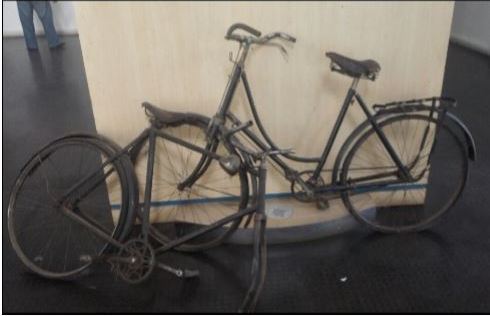 On 21 March 1960, the day of the Sharpeville Massacre, in Sharpeville, Transvaal (now Gauteng). Chaka rode his bicycle to the protest which was led by the Pan Africanist Congress (PAC). The protest was against the pass laws which the government wanted to impose on South Africa’s black citizens.

Lekhowa Chaka who was the second eldest son of Ephraim Chaka was 5 years old on that day. He remembers seeing his father riding his bicycle to the march. This was the last time he saw his father alive.

Ephraim Chaka was one of the 69 victims, shot by the police at the protest.

Ephraim Chaka lost his life that day. His wife Mirriam Chaka was only able to identify him by looking at his hands (One hand of Ephraim Chaka had missing fingers from an injury sustained from work) as his face was in a bad state.

Mirriam Chaka passed away in 1971 after a long illness due to her deteriorating health.