Freedom Day on 27 April is an annual celebration of South Africa's first non-racial democratic elections of 1994. It is significant because it marks the end of over three hundred years of colonialism, segregation and white minority rule and the establishment of a new democratic government led by Nelson Mandela and a new state subject to a new constitution.  The holding of the first non racial elections was the culmination of years of struggle and a negotiated settlement which led to the unbanning of the liberation organisations, the release of political prisoners and the return of exiles and the formal all party negotiations which drafted an interim constitution.

The moment which changed the path of South African history came after long and tension-ridden negotiations held between 1991 and 1992. The South African government, the African National Congress (ANC), the South African Communist Party (SACP) and other liberation movements engaged in these talks. 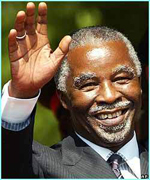 The 1994 election paved the way towards a new democratic dispensation and a new constitution for the country. The elections took place in a peaceful and festive atmosphere, though there were threats of political violence.

Of South Africa’s 22, 7 million eligible voters, 19.7 million voted in the 1994 national election. The election was won by the ANC with 62.65 % of the vote. The National Party (NP) received 20.39 %, Inkatha Freedom Party (IFP) 10.54 %, Freedom Front (FF) 2.2 %, Democratic Party (DP) 1.7 %, Pan Africanist Congress (PAC) 1.2 % and the African Christian Democratic Party (ACDP) 0.5 %. Although the ANC gained a majority vote, they formed the Government of National Unity, headed by the president of the ANC’s Nelson Mandela who became the first democratically elected President of the country.

Speaking at the first anniversary of South Africa’s non-racial elections President Mandela said; “As dawn ushered in this day, the 27th of April 1995, few of us could suppress the welling of emotion, as we were reminded of the terrible past from which we come as a nation; the great possibilities that we now have; and the bright future that beckons us. Wherever South Africans are across the globe, our hearts beat as one, as we renew our common loyalty to our country and our commitment to its future. The birth of our South African nation has, like any other, passed through a long and often painful process. The ultimate goal of a better life has yet to be realised. On this day, you, the people, took your destiny into your own hands. You decided that nothing would prevent you from exercising your hard-won right to elect a government of your choice. Your patience, your discipline, your single-minded purposefulness have become a legend throughout the world...” 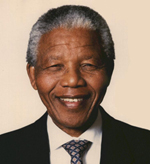 At Freedom Day celebrations in 2008 Thabo Mbeki delivered his last speech as South Africa President: “The brutalities of the past - detentions without trial, disappearances of our people, deaths in detentions, hangings of those opposed to apartheid, imprisonment, exile, massacres, assassinations, forced removals, banishments, the Group Areas Act and many more laws that made the lives of black people unbearable - are testimonies that our freedom was never free. Although today we walk tall because our collective efforts culminated in the 27th of April being our Freedom Day, we all still carry scars that remind us that our freedom that is at times taken for granted, was never free...” 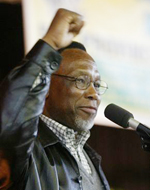 In 2009 the acting President, Kgalema Motlanthe (who took over from Mbeki) maintained “I am equally honoured to celebrate this important day on our National Calendar in the province of KwaZulu Natal. For it is also here in this beautiful land of our forefathers that the struggle for liberation was fought by generations of heroes and heroines - fearless warriors, brave students, determined workers, powerful men and women, who believed that it was their mission to bring us our freedom. And fear of death itself would not stop them. This movement took on greater strength as new generations joined them. Their only purpose was that the next generation would live to taste the fruits of freedom...”

During the 16th anniversary of Freedom Day celebrations held at the Union Buildings in Pretoria prior to  the FIFA 2010 World Cup, President Jacob Zuma paid tribute to  the brave activists that played a role in South Africa’s liberation: “On this day we remember all the brave men and women whose struggle and sacrifices made it possible for us to enjoy the benefits of democracy today. It is a day to reflect on how far we have advanced in building a new, united and democratic nation. Importantly, it is also a time to consider the extent to which the freedoms articulated in our Bill of Rights find expression in the daily lives of our people. From the ruins of a racially polarised order, we have built a nation driven by a strong commitment to the values of justice and equality. As taught by our icon President Nelson Mandela, we must remain steadfast in our determination that never, never and never again shall it be that this beautiful land will again experience the oppression of one by another...” 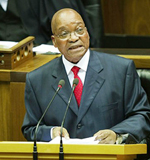 Since political freedom in 1994 South Africans have strove to correct the wrongs of the past. We are still faced with a number of challenges such as crime, poverty, unemployment, racism and sexism amongst others. Freedom Day affords South Africans the opportunity to make a pledge towards fighting against the legacy of racism and economic inequality as well as renewing their loyalty to their country and their commitment to its future.