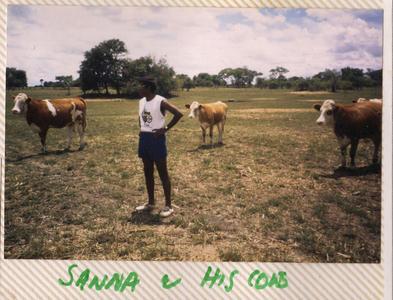 Sadhan Naidoo was manager of a farm operated by the African National Congress (ANC) in Zambia operated to help support ANC members in exile there. On April 15, 1989, he was assassinated by a South African agent who infiltrated the ANC. Sadhan's mother was Phyllis Naidoo, who also was forced into exile. His father was M.D. Naidoo, who spent five-and-a-half years on Robben Island and then lived in London.
Image source